Tricksters. Myths of the Cherokee

Wrapping up this week of Cherokee tricksters, I need to include two older books by anthropologists which can help to understand Cherokee stories as they were being told a hundred years ago and more, along with stories from the other peoples of the southeastern United States. These books have their failings, as all the older anthropological books do (for an insightful critique, see the comments about Mooney's work in yesterday's book, Folktales of the Oklahoma Cherokees). but if you keep that context in mind, there is still much of value to be found here!
The first book is James Mooney's monumental Myths of the Cherokee, published in 1900. 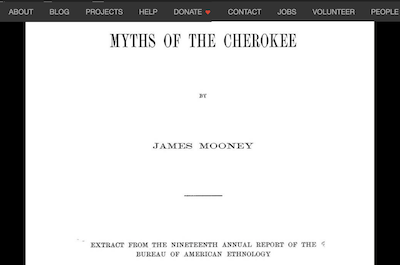 Mooney worked for years with the Eastern Band of Cherokee in North Carolina and with Cherokee people in Oklahoma. As Mooney learned Cherokee, he also relied on Will West Long for translation; their work together began in 1897. You can read more about Will West Long and about James Mooney at Wikipedia.
This book contains over 100 Cherokee stories, including many about the trickster rabbit; you can use the Internet Archive to search the text for all the rabbits: 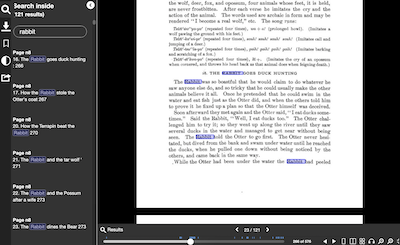 George Scheer, a North Carolina writer, later published a selection of the stories in Mooney's book intended for children: Cherokee Animal Tales, adding a detailed introduction about the history of the Cherokee. 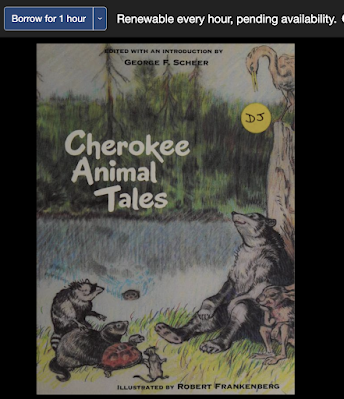 The illustrations are by Robert Frankenberg; here are Rabbit and Possum going courting: 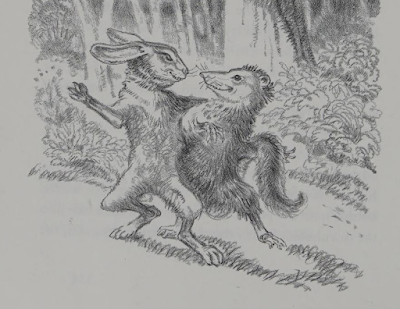 Meanwhile, another anthropologist, John R. Swanton, was collecting stories from the peoples of the southeastern United States, who also told stories about the rabbit trickster. Swanton was Mooney's slightly younger contemporary, and he published this book in 1929 (which means it will soon be entering the public domain!): Myths and Tales of the Southeastern Indians. 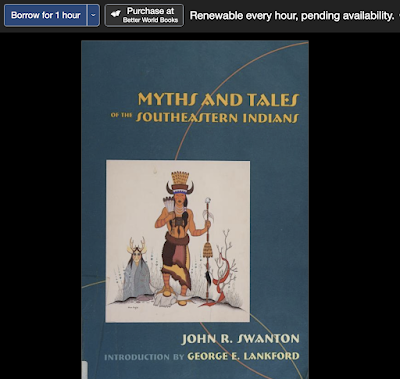 You can read more about John Swanton and his work at Wikipedia.
This book also abounds in rabbit stories, as you can see: The stories come from Creek, Hitchiti, Koasati, and Natchez storytellers, with many variations on the same story appearing throughout the collection, with tables in the back of the book analyzing some of the correspondences.
In addition to the stories here, there are additional animal stories which Swanton published in the Journal of American Folklore: "Animal Stories from the Indians of the Muskhogean Stock" which you can also find at the Internet Archive.
So much to read and learn from... thanks to the Archive!
Myths of the Cherokee
by James Mooney

Myths and Tales of the Southeastern Indians
by John R. Swanton 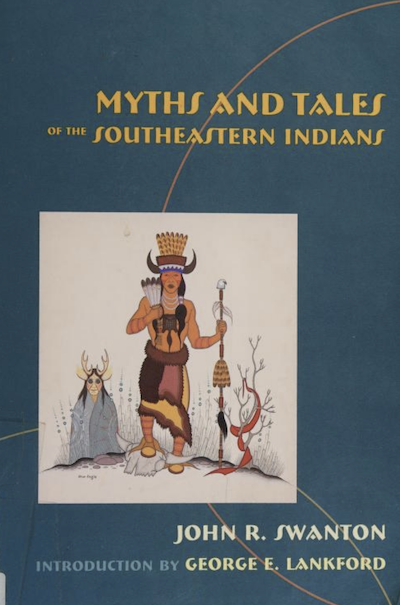